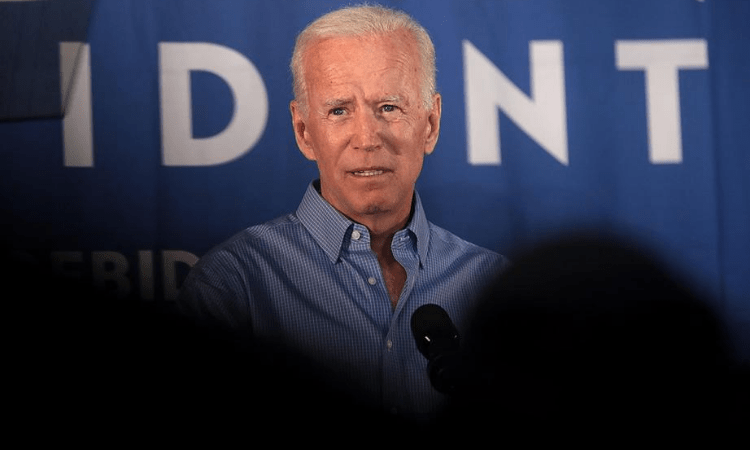 Biden would abuse US power to push the cabal on Guatemala. (Gage Skidmore)

The United States is under assault by the same forces attacking Guatemala and other countries to turn them into one-party, socialist states. The 2020 US election is a choice between liberty with Donald Trump or chaos, corruption, and socialism with Joe Biden.

Under former President Barack Obama, US policy was to impose the successors to the Fidel Castro-supported terrorists. To this end, Obama officials committed numerous crimes.

The Sepur Zarco and Molina Theissen trials against military veterans are classic examples. The processes were completely illegal, yet two US ambassadors attended and praised these trials: Todd Robinson with Zarco and Luis Arreaga with Theissen. The veterans were guilty only of being in the army. Their rights were violated in many ways—pure political persecution.

2. Biden leads a ruthless socialist cabal that is above the law.

Similarly, the socialist cabal has persecuted and extorted prominent members of Guatemala’s private sector. The cabal has been effective because it can deprive its victims of their liberty and assets without evidence and in violation of the law.

The cabal has included the US embassy, its State Department comrades, the extinct International Commission against Impunity in Guatemala (CICIG), the Constitutional Court, the Attorney General’s Office under Thelma Aldana, the Special Branch against Impunity under prosecutor Juan Francisco Sandoval, NGOs, and the corrupt media in Guatemala and the United States.

Biden would abuse US power to push the cabal on Guatemala. The cabal’s members co-opted the Attorney General’s Office and the judicial branch, especially the Constitutional Court. Their ambassadors viewed the private sector as a corrupt enemy to be neutralized and conquered. Obama’s officials protected groups that destroyed businesses, invaded private property, and forced local inhabitants to commit crimes on their behalf.

3. Biden would support a return of the CICIG.

Illegally using prosecutors and the judiciary against political opponents is called lawfare. Socialists use it in many places, including the United States, Israel, Colombia, and Guatemala.

Biden was the key player who forced then President Otto Pérez Molina to extend the CICIG’s mandate in Guatemala. Robinson then mercilessly used the CICIG to promote the socialist agenda. Arreaga did the same; his threats kept most of the private sector out of the 2019 presidential election.

When then President Jimmy Morales turned against the CICIG, he opened space to work against the cabal. The extinction of the CICIG in 2019 necessitated the cabal’s effort to rebuild it inside the Guatemalan government. Controlling the Supreme Court by placing their comrades on it is indispensable for the cabal’s agenda.

4. Guatemala is in a constitutional crisis and faces a Marxist judicial dictatorship.

Despite the 2019 electoral fraud managed by Arreaga, the cabal has met unexpected resistance from the Supreme Court and Congress regarding naming new magistrates. The Constitutional Court has delayed the process since October.

Naturally, the cabal blames the private sector, or what they call the corruption pact. The cabal has reached out to the US Congress for help. However, various individuals and civic organizations are there refusing to lie down for the cabal.

5. Biden has sided with socialist-revolutionary candidates in Guatemala.

After backing Sandra Torres in 2015 and 2019, the US embassy switched support to its faithful servant Thelma Aldana. She had the support of many important Democrats, including Biden, who sent a tweet to the Supreme Electoral Tribunal in her favor. Democrats now protect Aldana in the United States as she evades prosecution.

Biden would likely push out President Alejandro Giammattei and Vice President Guillermo Castillo in favor of socialists. They would take over everything in Guatemala’s 2023 elections. This is similar to the Carter administration abandoning Guatemala to the guerrillas in the late 1970s. Guatemala was able to escape communism then because of the grit and determination of the army and help from Israel. Now there would be nobody to help.

6. Guatemala’s government has not shown the ability to resist US pressure.

If Biden were to become president, it would be a disaster. Everyone’s freedom and assets would be in serious jeopardy. Guatemala’s lobbying the United States under Biden would be useless.

His administration would be run by enemies of freedom who would work to become criminal and repressive in the United States as in Guatemala.

On the other hand, if Guatemala were to implement policies for security and development, they would enjoy support from Trump.

Democrats and their partners in the media and in the permanent bureaucracy have been able to continue the socialist takeover of Guatemala even under Trump. He has had too many pressing problems and vacancies to fill. Robinson adopted a lower profile under Trump while remaining just as aggressive in his support of totalitarians as under Obama. Arreaga has done exactly the same.

Trump knows Arreaga betrayed him. If Biden were to win and William Popp were to refuse to commit crimes for the cabal as his predecessors did, Biden would replace Popp for another Robinson or Arreaga.

As the only land route from South and Central America to the United States, Guatemala is the key to significantly reducing the flow of illegal migrants and drugs. For that, Guatemala must use its security forces to bring law and order to the county, especially the rural areas. A grateful population would cooperate.

Proper application of the law would free businesses to work and create jobs. Guatemalans would love a government capable of creating development based on sound economic and legal principles.

The stakes are enormous for Guatemala in the 2020 US election. The country has the resources and conditions to become a model of development. Further, Guatemalans across the demographic spectrum have always opposed socialism. That is why communists, led by Cuba, have fought so hard to keep Guatemala in chaos. Guatemala can only improve itself if Trump wins.