The Permanent Bureaucracy Shows Its Modus Operandi
Skip to content 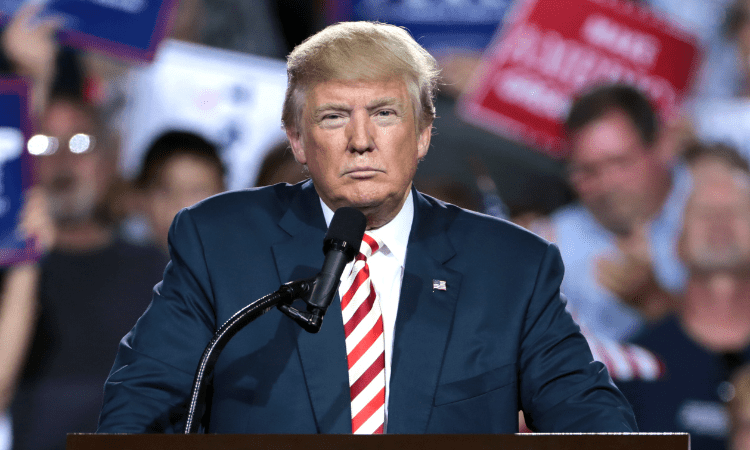 Having seen the Trump administration as a threat, the bureaucracy has worked with oligarchs to stop its policies. (Wikimedia)

The permanent federal bureaucracy is a government responsible only to itself. This facilitated the politicization of the FBI and Justice Department, highlighted by the raid on Donald Trump’s residence. Having seen the Trump administration as a threat, the bureaucracy has worked with Democrats and oligarchs to stop its policies.

To reclaim our founders’ view of government, we must reestablish the entire bureaucracy’s accountability to Congress and the executive.

The State Department (DOS) is a large part of our problem. Examples abound throughout the world, but DOS’s perfidy in Guatemala stands out.

Having seen the devastation, Guatemala’s authorities last year took back their high court and Prosecutor General Office. DOS then intervened directly to favor criminals in government.

DOS and its partners are now attacking Guatemala’s government as corrupt. This is to suppress information about law enforcement against DOS agents and allies.

DOS has desperately intervened, alleging persecution of so-called anticorruption champions, to stop Porras’s prosecution of judges and prosecutors who executed DOS’s criminal agenda. The evidence of the defendants’ crimes is obvious. Denouncing DOS efforts to intimidate and depose him, Giammattei reappointed Porras on May 16.

DOS has not answered the congressional inquiries. The silence is to avoid either lying or exposing DOS criminality.

Its low profile since May on issues that would normally provoke attacks indicates DOS hopes Congress forgets about it. The arrest of José Rubén Zamora, president of the local newspaper ElPeriódico, on July 29 for extortion, money laundering, and influence peddling is rife with danger for DOS.

Assistant Secretary of State Brian Nichols immediately expressed concern about press freedom. This set the talking point for partner media—such as the New York Times—and NGOs, which they echoed.

The court proceeding has been public because the prosecution asked the court to unseal the case. The facts have revealed crimes and not an attack on press freedom.

Ronald García filed a complaint against Zamora for asking him to launder money. The authorities caught Zamora’s employees delivering $40,000 in cash. Zamora said the money was payment for publicity. If so, why did Zamora not deposit it from the source to his company’s bank account? Why did he need García to disguise the money’s origin?

Zamora stated in court that 197 libel claims had been filed against him for content in ElPeriódico’s Gossip section. Accusations that Zamora uses Gossip for extortion and US embassy attacks on its targets have circulated for years in local media. Zamora affirmed in court his open door to the US embassy and US-allied law enforcement agencies.

Former Ambassador Todd Robinson illegally forced Gloria Porras onto the high court, which she dominated from 2016 to 2021. DOS tried to have her reappointed for 2021–2026 by the powerful state university, a center of corruption.

Aware she lacked the university’s requirements, DOS pushed Gloria Porras directly with university officials. They fraudulently certified her appointment to the Guatemalan Congress. Pending challenges prevented Congress from swearing her in, and Nichols attacked it as corrupt.

Nichols stated the university process was proper because it had audited itself. An investigative report revealed the university had violated the Constitutional Law and its own regulations. ElPeriódico defamed Gloria Porras’s main challenger and supported her and the university’s illegal process—later overturned in court.

A congressman, who claims to have been a victim of Zamora extortion, says the publisher’s accomplice is corrupt former prosecutor Juan Francisco Sandoval. He had 47 criminal and administrative complaints against him in 2020. Consuelo Porras fired and prosecuted Sandoval in 2021, drawing fierce DOS attacks and sanctions. Blinken wrote Sandoval a letter this year thanking him for his anticorruption leadership. The Zamora case evidence includes an audio of Sandoval, now a fugitive in the United States, giving Zamora secret prosecution information, another crime.

DOS personnel are contemptuous of Congress and the executive branch to which they report. DOS will be trapped by its own ideological criminality if it is investigated. To successfully govern and defeat the immorality, depravity, chaos, and politicized justice now governing us, reforming the permanent bureaucracy is critical.